Group show with Daniel Tuomey and Michalis Charalambous, curated by Panos Giannikopoulos, as a conclusion to Snehta Fokionos Residency.

'A convivium of feral tables' was placed in a public green space in the pedestrian street Fokionos Negri. Material: concrete mixed with birdseed as aggregate.

'Polypolis', an A3+ artist book produced during the residency and presented alongside the two installations, can be perused in its entirety here

"Everything is visiting. Nothing is native"

"Weed, beasts, insects, birds, and legions of organisms unseen: the most promiscuous republic ever declared was here in the urbanic air. [...] Any wall is populated and consumed by the invisible food chains of microbes and mould, where the border between organic and inorganic life blurs. Buildings breathe and ferment — architecture is the bunker of life." 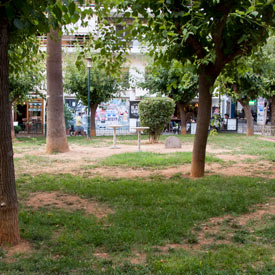 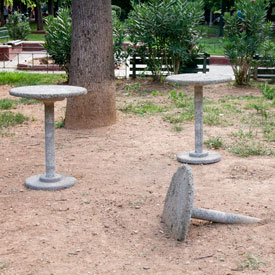 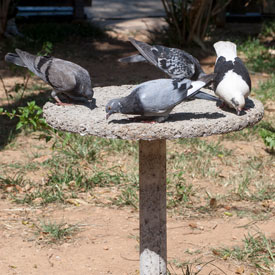 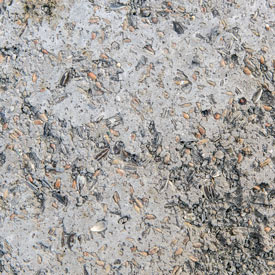 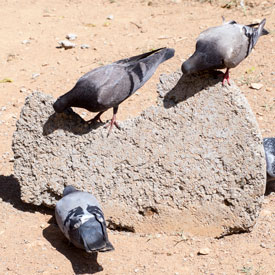 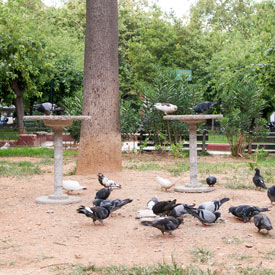 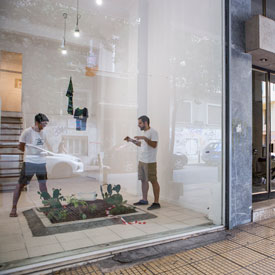 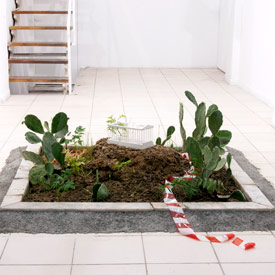 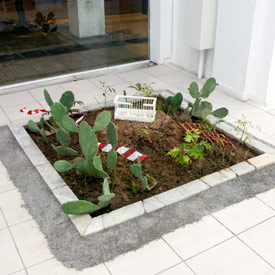 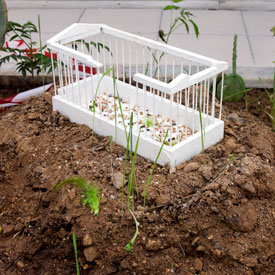 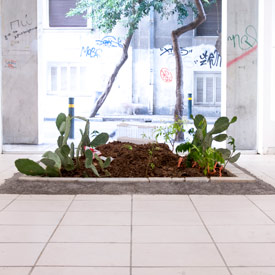 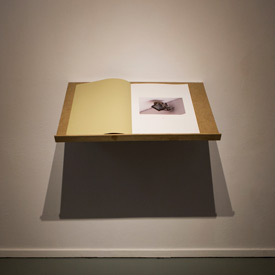