'Spectres of Europe' is based on the non-existant, generic architecture depicted on the euro banknotes. These depictions of idealised versions of stages in the history of European architecture were made up so as not to privilege any one country in the euro zone.

'827 - 1927' and 'Numismatic Chronology' constitute an attempt to generate a version of European history emanating from seventeen architectural landmarks in the seventeen countries of the euro zone, each of which was at one point chosen to adorn that country's now obsolete national currency.

The full text of 'Palindromic Semiosis' and 'Numismatic Chronology' can be found here and here.

Time past and time future
What might have been and what has been
Point to one end, which is always present 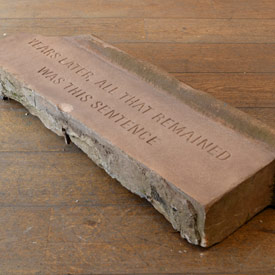 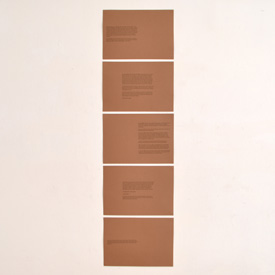 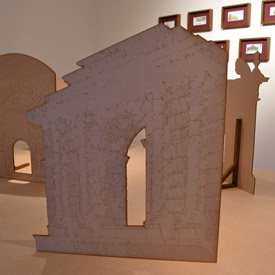 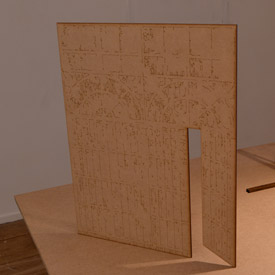 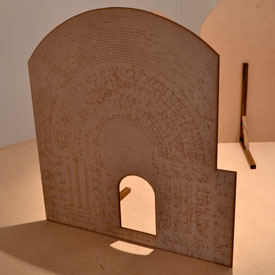 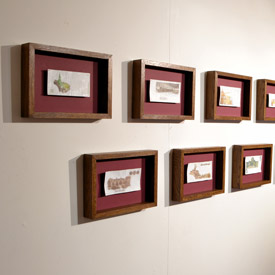 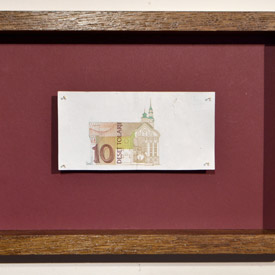 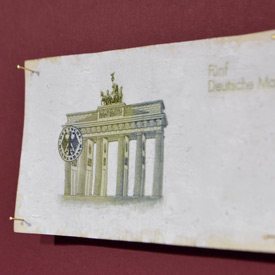 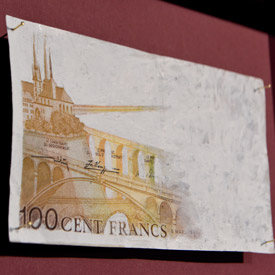 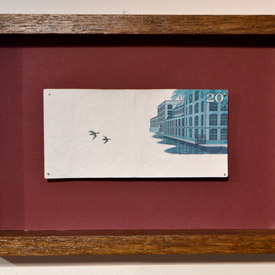 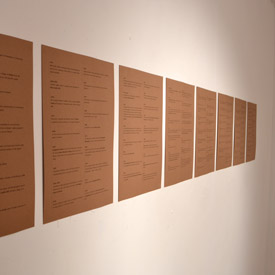